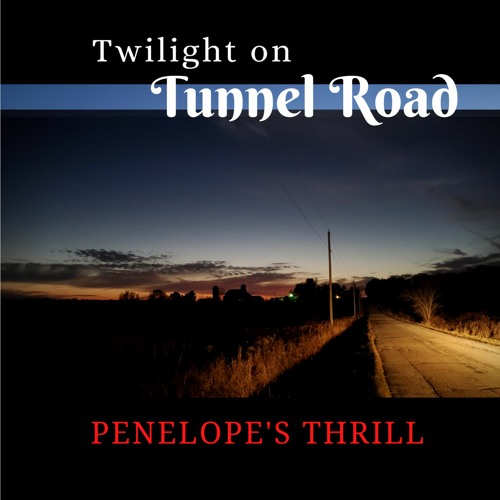 Dr. Timothy Walsh, Director & Assistant Dean Emeritus, UW–Madison Cross-College Advising Service, recently released the debut album for his band Penelope’s Thrill. Titled Twilight on Tunnel Road, this indie rock album is a product of Dr. Walsh’s musical connections and collaborations in Kazakhstan and is a fusion of his passions—poetry, songwriting, storytelling, and guitar playing. It tells the story of Lonnie and Chloe, who grow up on nearby farms on the edge of the Driftless Region in southern Wisconsin and travel back and forth in time, from their idyllic childhood to their rambunctious teen years, up to their difficulties finding their place in the world.

The album includes contributions from other Wisconsin area artists, Amanda Kim Sanderson (vocals) of Newcastle, England, and Akmaral Zykayeva (violin) of Almaty, Kazakhstan. Zykayeva, who is also a professional recording engineer, provided key assistance during the year-long project by listening to early mixes of the songs and giving expert advice. Dr. Walsh and Zykayeva have previously collaborated on Zykayeva’s most recent album Tales of Mergen.

To listen to the songs and to know more about the journey that led to the creation of Twilight on Tunnel Road, click here.