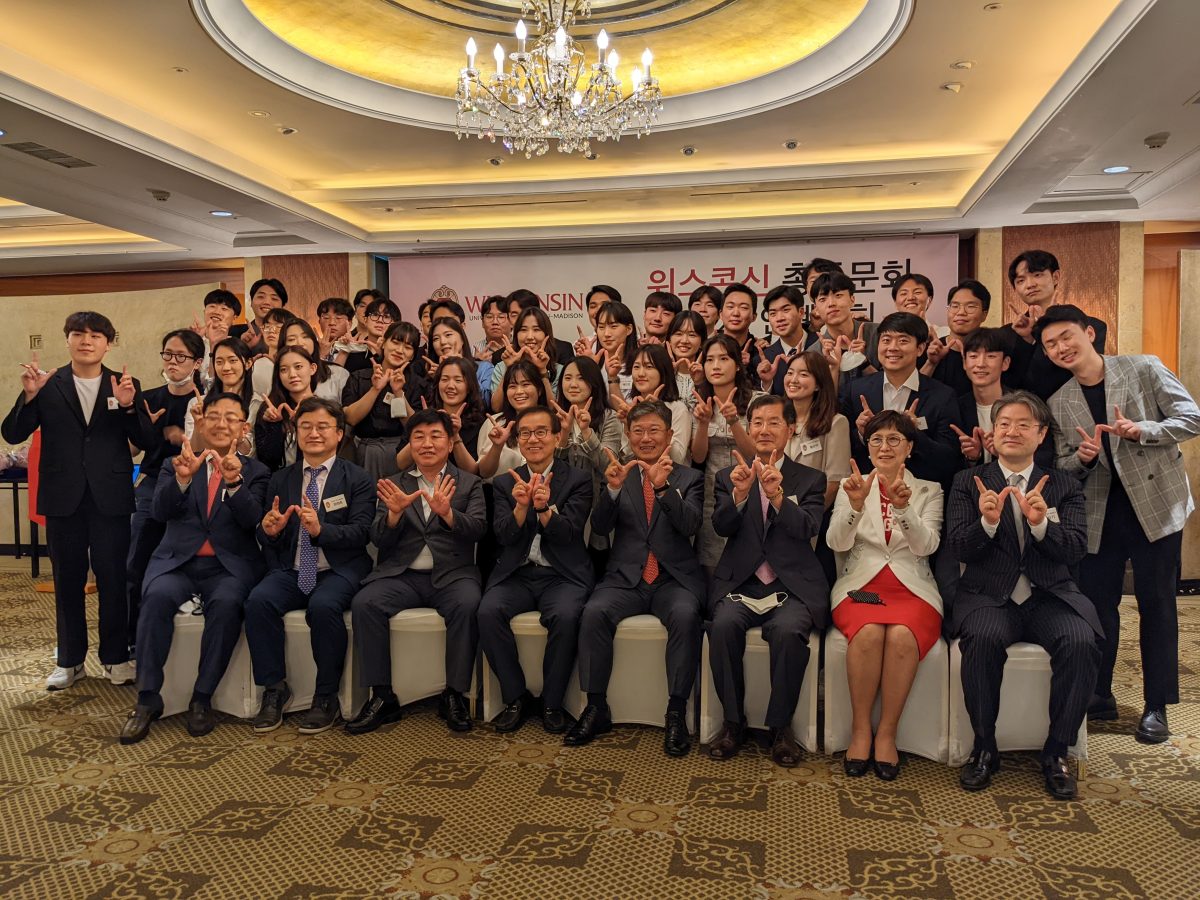 On June 15, 2022, Dr. Elise Ahn, IPO Director, along with Nathaniel Liedl, International Internships Program (IIP) Program Manager, represented the International Division at the Wisconsin Alumni Association Korea chapter’s annual meeting in Seoul, Korea. Both were given the opportunity to briefly share about the work of  IPO and IIP respectively and meet with both UW alum in Korea, as well as current UW students who were both back home and in Korea for study abroad/internships. It was inspiring to see what Badgers in Korea are doing and to also see their continued passion and commitment to UW-Madison. Elise also had a chance to meet with colleagues from several South Korean universities including: Sungshin Women’s University, Sookmyung Women’s University, and Sogang University among others and learn about their internationalization strategies and priorities.

Pictured above: Members from the alumni chapter organizing team, alumni who had received various awards from the chapter, and current UW students.