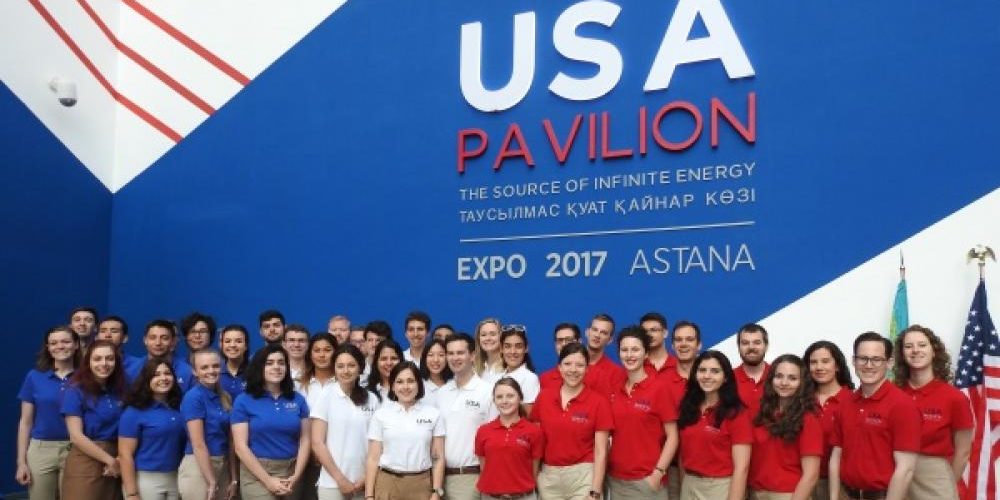 The Republic of Kazakhstan hosted the Expo 2017 Astana from 10 June to 10 September 2017. The 2017 Expo was a global gathering of key leaders from the business community, high ranking government officials, and cultural and educational representatives. Over 100 countries and international organizations participated. The Expo theme was “Future Energy”—focusing on green technologies, sustainable development, and energy for all. Given this theme, the United States Pavilion shared examples of the partnerships, triumphs, and dreams of the American people. It sought to inspire all visitors with the message, “The Energy in Each of Us Together Empowers the World”, which was intended to illustrate the American belief that anyone with a vision and the determination to see it through is an innovator and/or a change-maker.

The Eurasia Foundation, UW–Madison, and American Councils for International Education partnered to facilitate the Student Ambassadorship Program for Expo 2017 Astana. Student ambassadors formed an integral part of the U.S. pavilion team during the three-month event. These student ambassadors represented America’s great diversity and played an instrumental role in forging people-to-people ties and bolstering America’s image in Kazakhstan and Eurasia during the expo. Forty Student Ambassadors (undergraduate, graduate students, and recent graduates from spring 2017) were chosen from U.S. colleges, universities, and other academic, educational, or diplomatic programs. They interacted with visitors, sponsors, government officials, and dignitaries who visited the pavilion.

In partnership with the Language Institute and the Center for Russia, East Europe, and Central Asia, IPO helped facilitate the student ambassador selection process by providing support during the the application process, including assessing Russian and Kazakh language competency.